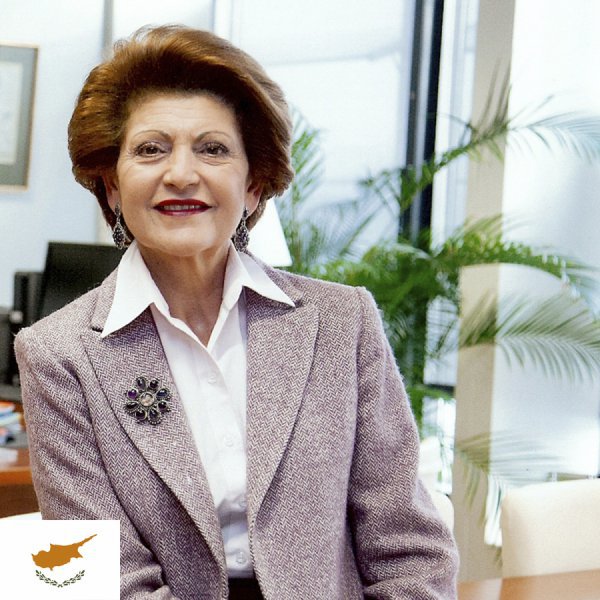 She practiced Law for 27 years and during this time she also served as legal adviser to ‘The Standard Chartered Bank’ and later to ‘The Bank of Cyprus’;

She was elected Member of the Cyprus House of Representatives for two consecutive terms (1996-2006) and served on various parliamentary committees. She represented The Cyprus Parliament at the Inter Parliamentary Union and the ‘Convention on the Future of Europe’. She was also member of the Joint Parliamentary Committee of the EU and Cyprus;

President of the World Federation of United Nations Associations (WFUNA 1991-1995);

President of the Cyprus Federation of Business and Professional Women (BPW-Cyprus 1996-2001);

In March, 2008, she became member of the European Commission and for 2 years she was the responsible Commissioner for Health’;

In March 2010, President Barroso entrusted her with the portfolio of Education, Culture, Multilingualism and Youth, a position she held until October 2014.

At present she holds the following positions:

She has received the following honours: