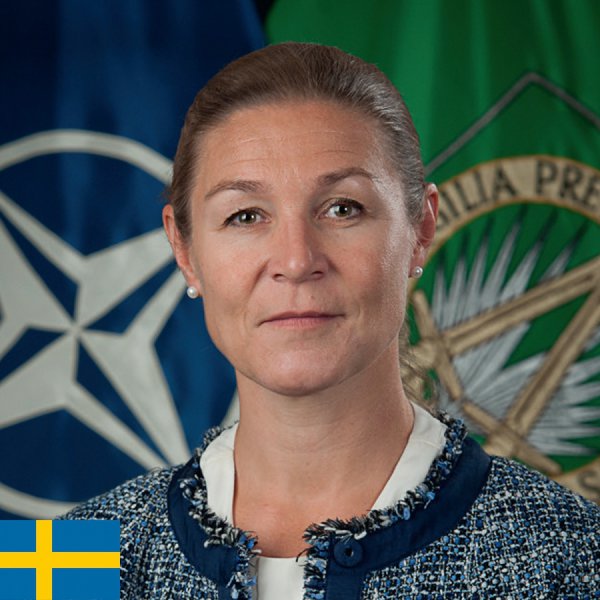 Ms Isaksson has, during her professional career, worked primarily with gender equality and Women, Peace, and Security in the domain of Security and Defence, including operations and missions. She was Gender Advisor to SACEUR and the functional manager for the integration of gender perspective within Allied Command Operations, NATO, at SHAPE in Belgium from 2011 to 2016. She served earlier as GENAD within the Directorate of Operations at the Swedish Armed Forces Headquarters, as well as prior positions in the Swedish Armed Forces HQ and with the Swedish Ministry of Defense. Ms Isaksson’s primary work has been focusing on Gender Equality and Integration of a gender perspective - including UNSCR 1325 on Women, Peace and Security and related resolutions on CRSV. Ms Isaksson also has been deployed in different international shorter and longer missions and HQs in Africa, Asia and Europe. As an institutional entrepreneur, she has been the originator and prime mover for several transformative projects such as Genderforce, which established and institutionalised structures, e.g. the function of a military gender advisor and the Gender Coach Programme.

Furthermore, she is the founder of the Nordic Centre for Gender in Military Operations. She is currently working within the European External Action Service (EEAS) in Brussels as a Senior Gender Advisor in the EEAS. She has been the penholder for the EU Strategic Approach to WPS and its Action Plan in this position. She has a military background, and besides her higher military education, she holds two academic degrees; in Sociology (Lund University) and International Relations (Cambridge University), and she is currently pursuing her PhD in Politics (University of Bristol).