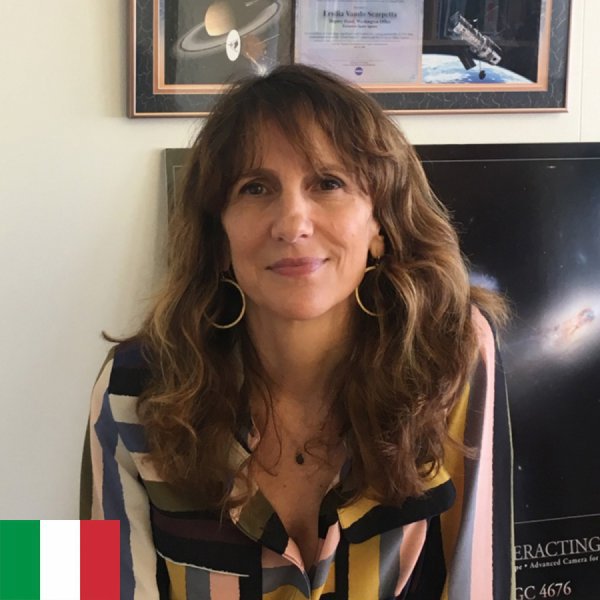 Ersilia Vaudo is an Astrophicist, working since 1991 at the European Space Agency (ESA) where she is currently Chief Diversity Officer and Special Advisor on Strategic Evolution to the Director of European, Legal and International Matters.

During her long career at ESA she held several positions i.a. in international relations, elaboration of high-level strategies, and had the responsibility as Executive Secretary of the Science and Technology Advisory Group on Exploration in charge of selecting experiments for exploration missions, including ExoMars. She worked four years at the ESA Washington Office ensuring relations with NASA and with US stakeholders and Canada.

In 2019 she was nominated for the European Diversity Awards in the “Head of Diversity of the Year” category and in 2020 ESA received the prestigious “Excellence in 3G Diversity Award” from the International Astronautical Federation for its achievements in fostering diversity in the space sector.

Since April 2020, she has been part of the “12 Women for a New Renaissance” Taskforce established by the Italian Minister for Equal Opportunities and Family, where she has contributed to the formulation of proposals concerning “Research, STEM, and skill development”.

She is Vice President of Eurisy, a non-profit association including 30 European space agencies, with the aim of promoting the relationship between space and society.

Ersilia Vaudo is a member of the Scale-Up Europe initiative launched in 2020 by French President Emmanuel Macron, and co-chair of the recommendations on the Future of Work for the re-launch of the Tech ecosystem in Europe.

In October 2020 she received the International Award "Technovisionaries 2020, Special Award Europe", from the Women&Technologies Association.

In September 2021 she was included among the 50 most influential women in Italy - "Inspiring Fifty - Italy" - who have distinguished themselves for their commitment to science and technology.

Ersilia Vaudo is President and co-founder of the Association "Il Cielo itinerante" to promote STEM literacy by taking science "where it doesn't usually go", even with a telescope on a van, among children in areas of high educational poverty.