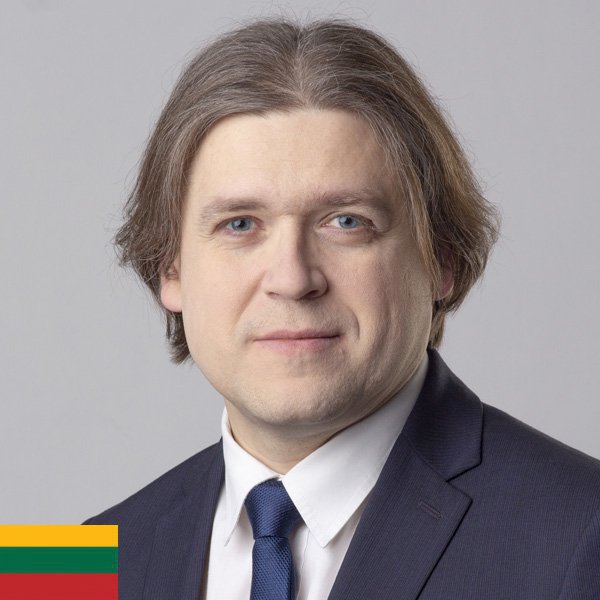 Kęstutis Kupšys is a Vice-President of the Lithuanian Consumers Alliance, which (as of September 2021) unites ten consumer associations. The Alliance has been a member of the European Consumer Organisation (BEUC) since 2013.

After a 2-decade long career in finance, political consulting and public relations, Kęstutis Kupšys joined the consumer rights movement in 2011, when he was chosen to supervise the establishment of 'For Honesty in Banking', a consumer advocacy organisation destined to steer diverse civic and legal campaigns of vulnerable consumers hit by the financial crisis of 2008–2009. Kęstutis Kupšys currently serves as the Executive Director of this organisation, which along with the Lithuanian Consumers Alliance has been actively participating in national and European debate on various essential issues, among them overindebtedness, the affordability and accessibility of financial services, financial literacy, green finance, and socially responsible savings and investment. In 2014–2015, as Lithuania was preparing to enter the Eurozone, he led a national campaign monitoring consumer rights during the litas-to-euro transition period.

In April 2018, Kęstutis Kupšys was assigned the role of an alternate member of the European Economic and Social Committee, in the 'Diversity Europe' Group (III). He was appointed full member in October 2020. He also currently represents consumer interests in the Payment Systems Market Expert Group at DG FISMA as well as in the Occupational Pensions Stakeholder Group at EIOPA. In addition, he takes part in the work of various BEUC working groups (on Trade, Financial Services, Sustainability, and Energy).

Kęstutis Kupšys graduated from Vilnius University with a degree in Economic Cybernetics/Systemic Analysis of the Economy (in 1995), while his supplementary study interests encompassed Financial Markets and Business Administration (via Catholic University Eichstätt, Germany, 'Gaststudium' program in 1992–1993) and Philosophy (Vilnius University, 1995–1997).