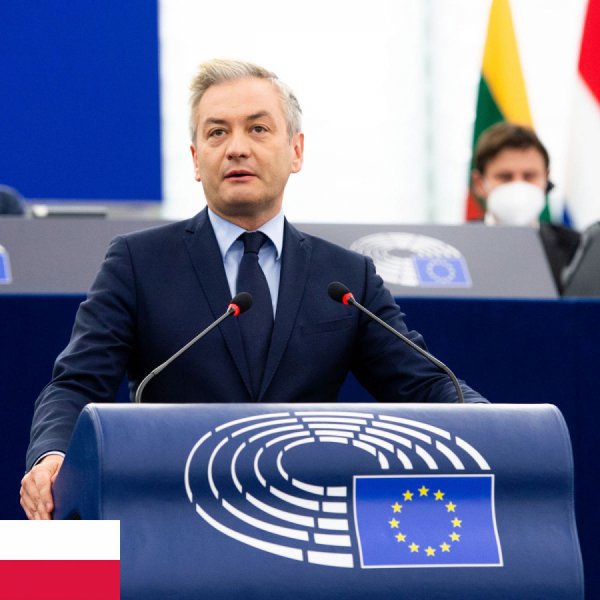 Robert Biedroń is a Polish human rights activist and a politician. He is one of the three leaders of „The Left” (Lewica), a political alliance composed of Spring (Wiosna), the Democratic Left Alliance (SLD) and Together (Lewica Razem). Under Robert's leadership the three parties joined their forces in the autumn 2019 for the elections to the Polish Parliament. The united Left secured 51 seats in the Parliament, becoming the third political force in Poland. Currently, Robert is the coalition's candidate in the upcoming Polish presidential election 2020.

Prior to becoming an MEP, Robert served as Mayor of Słupsk. During his time in office, he revitalised the city by implementing a range of innovative policies in the area of ecology and social equality. Before this, he served as Member of the Polish Parliament.

In addition, Robert has substantial experience in human rights organisations in both Poland and abroad. He set up the Institute of Democratic Thought and was instrumental in the launch of the Campaign against Homophobia. He was also a delegate to the Parliamentary Assembly of the Council of Europe, Congress of Local and Regional Authorities of the Council of Europe and a member of an Advisory Group on Gender, Forced Displacement, and Protection at the UN.

Never afraid to swim against the current, Robert was the very first openly gay politician in Poland.