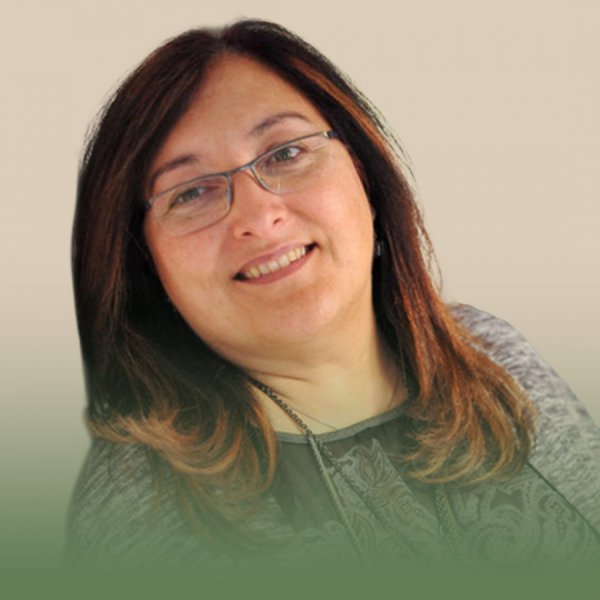 Nuria Salan studied Chemical Sciences at the University of Barcelona. After finishing her degree, she began her research stage at the UPC. Shortly after, she joined the teaching staff at the School of Mines in Manresa, teaching subjects in Materials Technology. In 1997 she joined the UPC Campus in Terrassa as a professor in the Materials Science and Metallurgical Engineering department, and is deputy director of Institutional and Student Promotion at the School of Industrial, Aerospace and Audiovisual Engineering de Terrassa since 2015. She is a member of the Catalan Technology Society, where her General Assembly elected her as president in 2016, and she would be re-elected to the position in 2018. As a researcher, she has participated in more than 25 research projects, collaborating with national and international companies or organizations, has three patents, and has published more than 50 research articles in the field of steels stainless, hard metal, technical coatings, etc. In Teaching Innovation, she was the promoter and Academic Coordinator of the RIMA project of the UPC, which brought together thematic groups linked to the development and implementation of generic skills in technical studies, or work and/or learning methodologies. She has participated in numerous teaching innovation projects, of which six have received recognition from the UPC (UPC Award for Quality in University Teaching, "Teaching Initiative Award" modality), and on four occasions they have been awarded with the Vicens Vives Distinction of the Generalitat de Catalunya for projects related to learning with multimedia resources or the Inspire3 project.

She has also been actively involved in the promotion of women in technical careers. In 2000 she was secretary of the First National Congress of Women and Engineering in Terrassa. She has also collaborated in all editions of the UPC Women's Program to bring technological studies closer to secondary school students, and also promoted the creation, from the 2013-2014 academic year, of the M2m mentoring program for students of engineering.
In June 2011 she was appointed Academic Coordinator of the Gender Program of the UPC, from where the successive Equal Opportunities Plans of the UPC were promoted and implemented. In 2019 and 2021, she was a driving force as the Organising Committee of the Women, Science and Technology Congress which were held in Terrassa.

In 2017, she received the "Mujer y Tecnología" Award from the Orange Foundation, for her work disseminating and bringing technology closer to society in general and to women and girls in particular. Since 2021, she has been the presenter of the program L'enginy (in)VISIBLE on FibracatTV, a female outreach program that presents the lives of women and their discoveries or contributions, which have changed history and made progress to humanity. She has collaborated in all editions of the Aquí STEAM project of the UPC . In 2021 he received the Gaudí Gresol Award for Notoriety and Excellence. This year she has been awarded with UPC Social Council "Teaching Career Award" and recognised with National Award in Materials Science Disemination.